Kashi Vishvanath Temple is one of the most famous Hindu temples dedicated to Lord Shiva. It is located in Varanasi, Uttar Pradesh, India.

The Kashi Vishwanath Temple is a famous Hindu temple dedicated to Lord Shiva. It is located in Vishwanath Gali of Varanasi, Uttar Pradesh in India. The temple stands on the western bank of the holy river Ganga, and is one of the twelve Jyotirlingas, the holiest of Shiva temples. 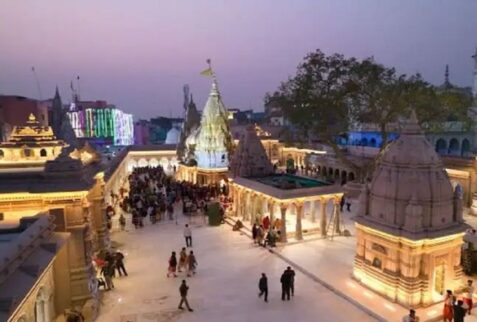 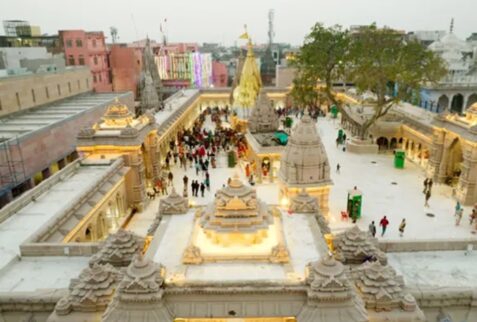 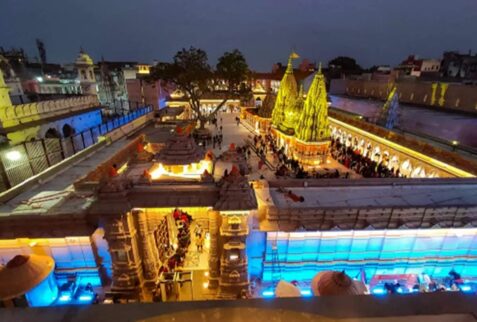 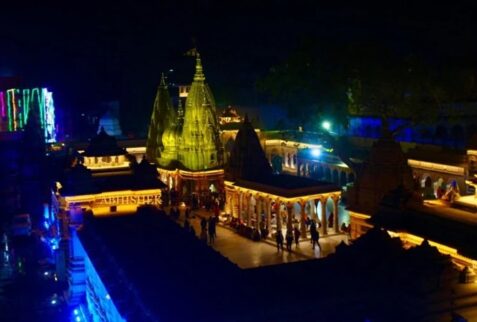 How to reach to the Shri Kashi Vishwanath Temple?

You can reach Shri Kashi Vishwanath Temple by having an auto rickshaw or taxi.

History of the Kashi Vishwanath Temple:

The Shiva Purana, a holy book of Hindus, mentions Jyoritlingas. These are the structural manifestations of Lord Shiva and are considered to be Him by Hindus.

This temple is situated on Manikarnika Ghat and is considered as a Shakti Peeth or the place of worship for the Shaktism sect of Hinduism. The origin of the Shaktipeets is mentioned in Daksha Yaga.

Kashi Vishwanath temple has a seal or Lord Avimukteshwara dating back to 9-10 century BC which was discovered in Rajghat excavations. The temple is also mentioned in the boom of Xuanzang who visited Benaras in 635 CE. It also finds a mention in Skanda Purana.