Assi Ghat is one of the most popular ghats in Varanasi, visited regularly by both tourists and locals. It is located in the southern part of the holy city of Varanasi at the confluence of the Ganga and Assi rivers. People visit Assi Ghat for several reasons, to soak in the spiritual atmosphere, enjoy the famous evening aarti and get a glimpse into the local culture. This ghat finds a mention in various Hindu scriptures like Kurma Purana, Matsya Purana, Padma Purana, and Agni Purana.

Why and how did Assi Ghat get its name? According to a mythological tale in Hinduism, Goddess Durga, after killing the demons Shumbha-Nishumbha, threw her sword. The place where the sword landed, resulted in the emergence of a river which was then called Assi. Another mythological tale states that Lord Rudra (a form of Lord Shiva) was furious with Asuras and eliminated 80 asuras in his rage at this very place. This is how it came to be known as Assi (which means 80 in Hindi). However, after killing the asuras, Lord Rudra repented for his actions and wished he hadn’t killed them. Following this incident, he gave up all forms of violence and declared Varanasi as a place which would stand for non-violence. 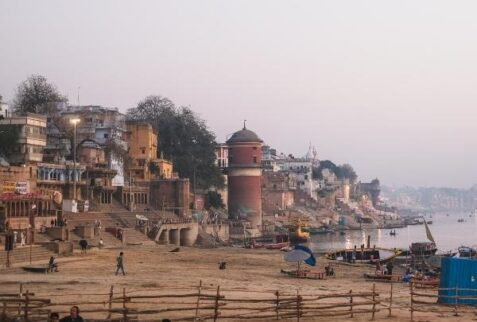 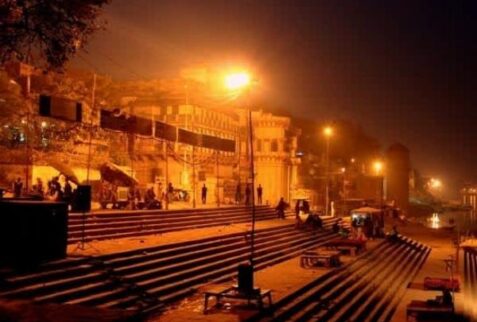